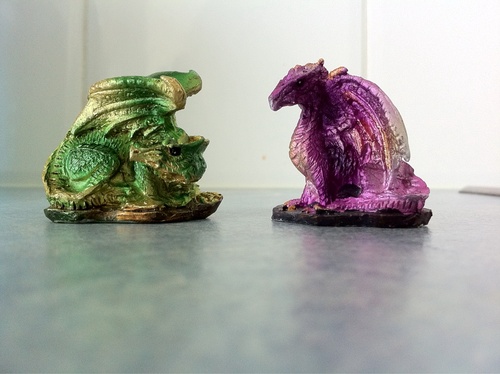 Forgive the rant. Sometimes I like to check back on what I said later ~:)

First up—I work in Brisbane city and commute daily from Morayfield. My feedback is based around this commute. Please note that “Connecting SEQ 2031” identified the following statistics for the Moreton region (including Morayfield):

http://www.connectingseq.qld.gov.au/Area/Moreton.aspxI can identify with this situation. I estimate I spend a little over over 90 mins per journey (walking, bus, train) door to door which is 3 hrs per day, 15 hrs per week (Mon-Fri working week). I’m not keen on any increase to this, even a 5 minute increase in a timetabled trip looks unpleasant to me.

I have been commuting daily from Morayfield to Brisbane CBD since March 2000. This new timetable is not an improvement. I am a little cranky that in January 2011 I will be paying the increased fare for lower quality service.
Specifically:

If you want to win me over with this timetable change, add some extra express trains later in the morning, and ensure that 5:18 pm express always makes its timetabled 6:13 pm arrival at Morayfield station.

I found the press release (about more frequent trains) very misleading. There do not appear to be more trains at Morayfield when I would catch them, nor any that encourage me to alter my commuting habits (specifically to travel off-peak).

Express services now take 5 mins longer, in order to stop all stations from Northgate to the CBD. This is not a good change for commuters from Caboolture area—we already face longer trips and higher fares than CBD commuters, and have less choice (i.e. few bus services, no ferries, as alternatives). I am not pleased that this change helps inner city suburbs to the detriment of longer distance commuters. We also face a higher fare increase in January as the same percentage increase across the network translates into higher dollar amounts the farther one commutes.

This timetable does nothing to encourage off-peak travel. This is despite the qld government’s strategy to reduce peak congestion. Translink published a media release about this in 2009: http://www.translink.com.au/about-translink/reporting-and-publications/media-releases/release/72 and I quote “Flexible Workplace Program – $624,000 for the Flexible Workplace Program which promotes the uptake of flexible hours, compressed work weeks and telecommuting, with the aim of changing travel behaviour and helping to manage congestion.” This new timetable does not support the flexible workplace program. It makes the situation worse for travelling off-peak.

Personally, I would be keen to pursue travelling to work later—but not as late as 11 am. However this draft timetable makes the situation worse, not better. Specifically, the 8:10 am express service from Morayfield to City has been cancelled. The latest express service leaves at 7:27 am. Services only run every 20 mins from then, and every 30 mins from 8:22 am. This does not promote travelling off-peak, and does not come close to the misleading claims of “trains every 6 minutes” on the “caboolture line”. I read this timetable in there is no doubt in my mind I must travel during peak services—the delays between infrequent bus/train services plus lack of express services ensures the commuting time outside peak hours is not a viable option.

A am a little disappointed. I think there was a great opportunity here to do more to promote off-peak commuting as a viable alternative. I hope there is time to improve this timetable!

I would like a fast transport to the city. And I would like more frequent services after peak hours. You probably don’t see the demand for this, but there is a chicken and egg situation here to consider.

(I could add similar feedback for the 656 bus route, which runs infrequently after 7:25 am from my stop—and with the last service leaving the Morayfield station at 6:15 pm does not support commuters catching off-peak train services from the CBD.)