MVP (minimum viable product) just means doing something quick and/or easy (minimum) but still useful (viable) in solving the problem. As a newbie animator sometimes I need to rig up a prop for a shot. I have a LOT to learn about modeling and rigging, but while I’m busy learning animating (I have a lot to learn there, but at least I’m actively learning that!) this is my approach. So far it’s getting me by (probably because my props only need to work in a student assignment shot, so being “viable” is pretty easy).

Plan! What is a stapler and what does it need to do in the shot? In this case, the rig just needs to be able to “staple” (open and close like a stapler). I know from experience (I may have stapled a few things in my time) that a stapler has a bottom, top and that metal bit under the top that holds the staples. And I know when I staple something, I press the top down. The top and the metal bit don’t move at the same speed. So I want a rig that can do that!

Also I want to refresh in my mind: what does a stapler look like? Google images is great for this!

Start building the main parts. For the base I went with a simple block polygon. I edited the size in the channel box to use whole numbers, just to keep it simple. No idea if it’s to scale with the characters I use. I make sure the block is centred in X, Y and Z, and then I adjust Y so that the base of the model sits on the ground. By default Maya puts the centre on the ground, so half the block is below ground. I don’t want that when I import it into another scene, so I shift it up by half it’s height (I type the numbers in the channel box so it’s exact). 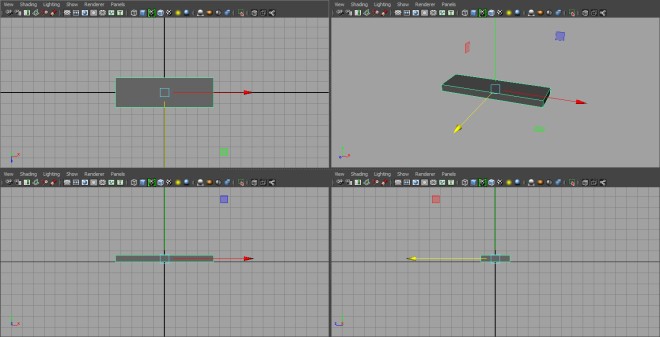 I drew a second block approximately the same size, but taller, then edited all the sizes in the channel box. But the top of a stapler is a bit more jaunty so I switched to edge mode and did a little chamfer here and there. (I used “chamfer” in a post!) Turning off ‘discrete move’ in the tool settings helped, maya was snapping to the grid or something and not letting me get the fine tuning I wanted. Even in MVP I have standards!

There was one other part I added to the model: the bit that holds staples. It’s called the “magazine”. How do I know that? I looked up staplers on Wikipedia! I also learned the ‘top’ is called the ‘arm’, and in maya I named all the polygons thus: stapler_base, stapler_arm, stapler_magazine.

The first rigging step, to me at least (after the planning above), is to organise the polygons and add a root/layout control. So I grouped everything twice. The group named ‘stapler’ will hold the entire rig. The ‘grp_stapler’ inside that will hold all the parts AND the base control. I’ve learned to always (?) attach controls to groups. That way you can change the items inside that group without having to adjust all the animation already applied to a rig in a shot.

The base control is just a nurbs circle on the ground. MVP remember. Make it large enough to fit around the model. Centre it at 0, 0, 0 then parent it to the ‘grp_stapler’ group. Test it out by selecting the control and rotating it or moving it about. Everything should work nicely. Zero it out again and save. That’s the first version of your rig! If your rig doesn’t have any moving parts, you’re done!! 🙂

Rigging the stapler arm and magazine

Moving parts challenge me and this is where I know more can be done (but I don’t know how yet). Ideally I would like a control where I move the stapler arm and it moves, and at the appropriate time it also moves the magazine until it connects with the base and then the arm pushes down on top. That’s the control I want as an animator! But it’s beyond my rigging knowledge atm, so I’m going to make 2 controls: one for the arm and one for the magazine. It means more work when animating than I’d like, but it will be functional.

I only want the arm to move one way, and that’s to rotate open and shut. Nurbs circles are the most common controls I’ve seen for rotations. They need to be centred around the pivot point. I tried adding one in the front view, but then realised the circle would look exactly the same no matter how the arm was rotated. That’s not helpful! 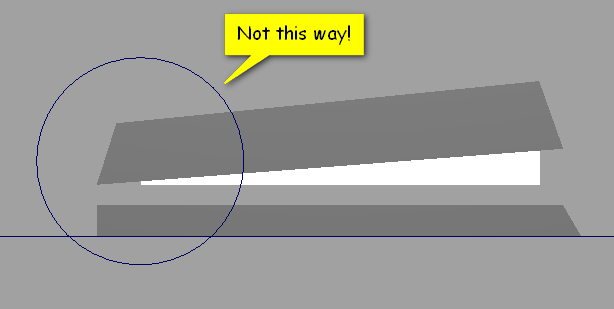 So I moved around 90° and looped the circle around the arm. I had to guestimate the position to be where I thought the arm should pivot from (better planning might help that!). I made a second controller, slightly smaller, and centred it on the same point (using the channel box values). 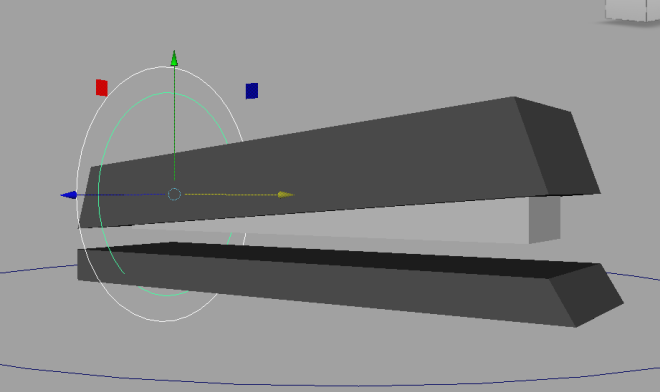 Time to setup more parent constraints! The process is very similar to the base control, with one important step at the start. These new control curves are not centred in the scene file, but we want the values to be zero for animation. Use ‘freeze transformations’ on the curves. It sets the values to zero without translating the objects.

Done! Test out each controller and make sure everything moves how you want. Try zeroing-out the values in the channel box to make sure that behaves as well. If you make any mistakes (I made a few), just delete the constraints in the outliner and try again. 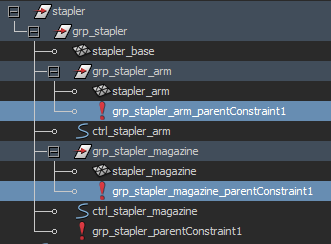 During this testing I noticed the controls let me drag the stapler parts all over the place, or rotate them on the wrong angles. I selected the curve controllers and then locked all the channels except for Rotate Z (which moves in the open/close direction). I’ve seen rigs that completely remove unused channels (like elbow and finger joint rotations) but I don’t know how they do that. (Yet.) Locking helps me when animating from accidentally moving the control the wrong way.

Save it. Your rig is ready to use 🙂

Here’s the final structure in the outliner: 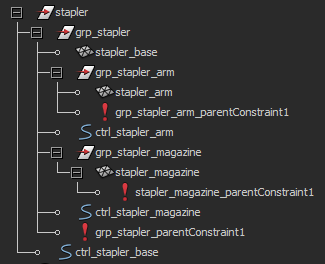 Somewhere along the way I also added some basic colours for the rig. I went with a dark grey blinn for the plastic on the base and arm, and a light grey phong for the metal magazine. 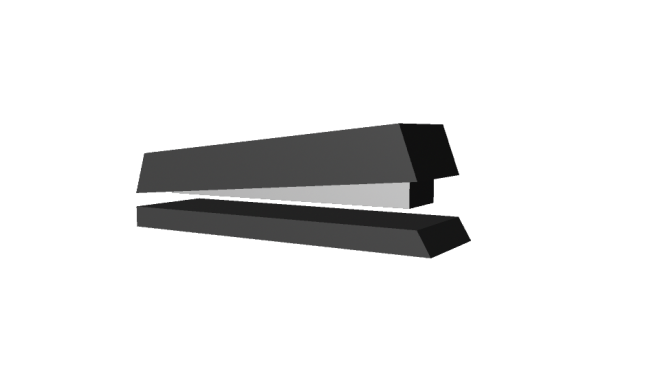 You can grab the stapler rig I made today from github. Free to use!

Kudos to Animation Mentor for the Maya Workshop course they offer. I wouldn’t know any modeling or rigging if not for that course. One year later I’m making staplers, woot! ~:)